Finally, the CPU and GPU speak the same language. The first and only shared (coherent) memory space between CPU and NVIDIA® Tesla® GPU is here. Eliminate hundreds to thousands of lines of specialized programming and data transfers: only with POWER9 and Tesla V100 on Power Systems AC922.

AC922 is the only platform with Enhanced NVLink from CPU:GPU, offering up to 150GB/sec of bi-directional bandwidth for data-intensive workloads. That’s almost 5X the CPU:GPU bandwidth of PCI-E. Each GPU is serviced with 300GB/sec of NVLink bandwidth, nearly 10X the Data Throughput of PCI-E x16 3.0 platforms. 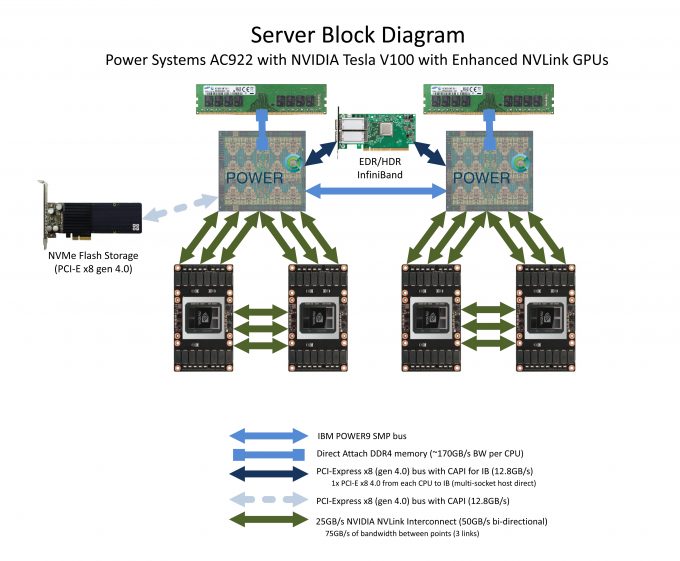