Microway’s GPU-Checker utility validates a single GPU or a cluster of GPUs from a single interface. GPUs are automatically detected, queried and tested on each system – the user simply needs to specify a list of host systems to test.

Designed specifically for NVIDIA’s professional Quadro and Tesla GPU products, the tool monitors the health of each GPU while tests are run. Metrics include: 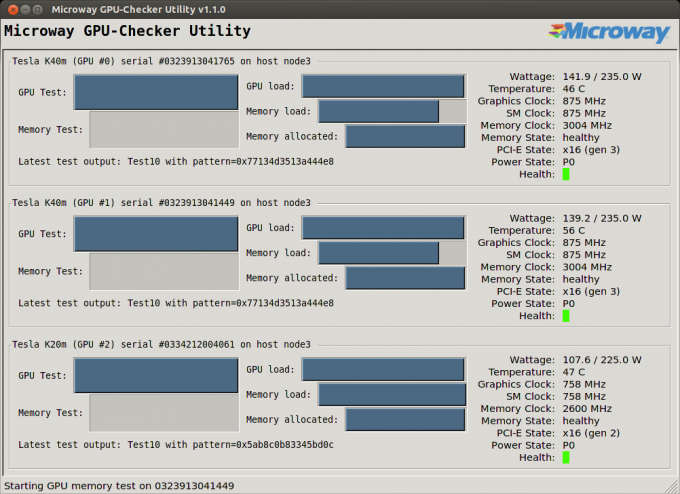 If you would like to learn more about Microway GPU-Checker please contact one of our HPC experts.