Posted on September 28, 2017 by Brett Newman
Index of our review:
Speeds and Feeds
Which GPU is for me?
Enhanced NVLink
Programming Improvements
What Volta Means for me?

The next generation NVIDIA Volta architecture is here. With it comes the new Tesla V100 “Volta” GPU, the most advanced datacenter GPU ever built.

Volta is NVIDIA’s 2nd GPU architecture in ~12 months, and it builds upon the massive advancements of the Pascal architecture. Whether your workload is in HPC, AI, or even remote visualization & graphics acceleration, Tesla V100 has something for you.

For those who love speeds and feeds, here’s a summary of the key enhancements vs Tesla P100 GPUs

Selecting the right Tesla V100 for you:

With Tesla P100 “Pascal” GPUs, there was a substantial price premium to the NVLink-enabled SXM2.0 form factor GPUs. We’re excited to see things even out for Tesla V100.

However, that doesn’t mean selecting a GPU is as simple as picking one that matches a system design. Here’s some guidance to help you evaluate your options: 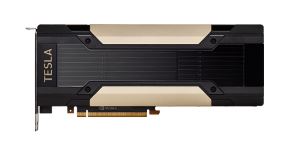 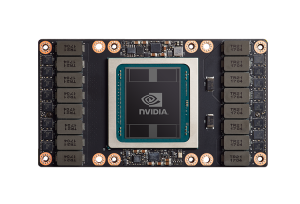 Tesla V100 with NVLink is available today in DGX-1V, NumberSmasher 1U Tesla GPU Server with NVLink, and Power Systems AC922 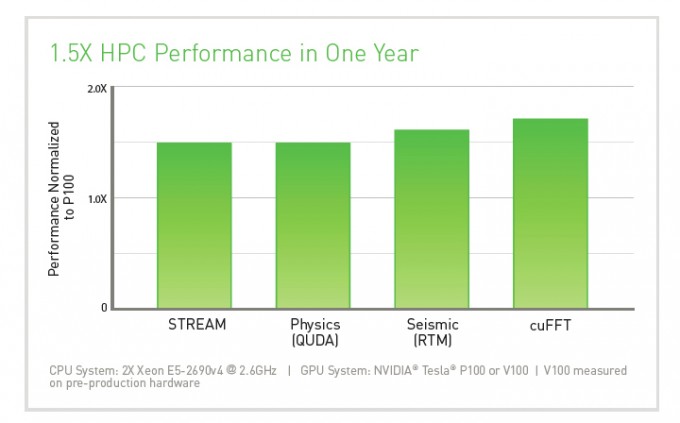 If you haven’t made the jump to Tesla P100 yet, Tesla V100 is an even more compelling proposition.

For Deep Learning, Tesla V100 delivers a massive leap in performance. This extends to training time, and it also brings unique advancements for inference as well. 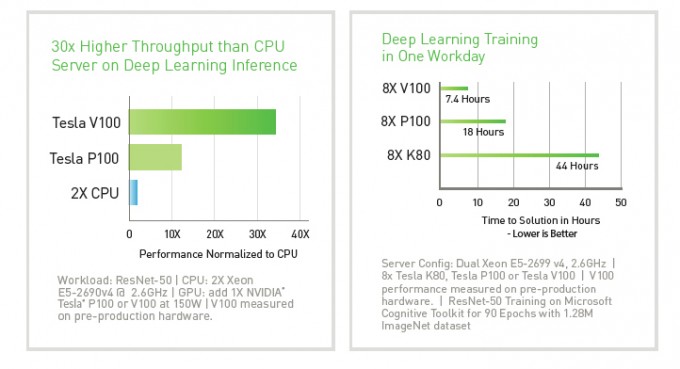 Enhancements for Every Workload

Now that we’ve learned a bit about each GPU, let’s review the breakthrough advancements for Tesla V100.

NVLink helps you to transcend the bottlenecks in PCI-Express based systems and dramatically improve the data flow to GPU accelerators.

The total data pipe for each Tesla V100 with NVLink GPUs is now 300GB/sec of bidirectional bandwidth—that’s nearly 10X the data flow of PCI-E x16 3.0 interfaces!

NVIDIA has enhanced the bandwidth of each individual NVLink brick by 25%: from 40GB/sec (20+20GB/sec in each direction) to 50GB/sec (25+25GB/sec) of bidirectional bandwidth.

But enhanced NVLink isn’t just about simple signaling improvements. Point to point NVLink connections are divided into “bricks” or links. Each brick delivers

Over and above the signaling improvements, Tesla V100 with NVLink increases the number of NVLink “bricks” that are embedded into each GPU: from 4 bricks to 6.

This 50% increase in brick quantity delivers a large increase in bandwidth for the world’s most data intensive workloads. It also allows for more diverse set of system designs and configurations.

NVIDIA NVLink technology continues to be a breakthrough for both HPC and Deep Learning workloads. But as with previous generations of NVLink, there’s a design choice related to a simple question:

Where do you want to spend your NVLink bandwidth?

Think about NVLink bricks as a “spending” or “bank account.” Each NVLink system-design strikes a different balance between where they “spend the funds.” You may wish to:

There are good reasons for each, or combinations, of these choices. DGX-1V, NumberSmasher 1U GPU Server with NVLink, and future IBM Power Systems products all set different priorities.

We’ll dive more deeply into these choices in a future post.

Net-net: the NVLink bandwidth increases from 160GB/sec to 300GB/sec (bidirectional), and a number of new, diverse HPC and AI hardware designs are now possible.

Tesla V100 and CUDA 9 bring a host of improvements for GPU programmers. These include:

We won’t explore these in detail in this post, but we encourage you to read the following resources for more:

Tesla V100 GPUs mean a massive change for many workloads. But each workload will see different impacts. Here’s a short summary of what we see:

Configure a Solution Now, if you know what design you are after

Contact a Microway HPC Expert about Volta and Tesla V100