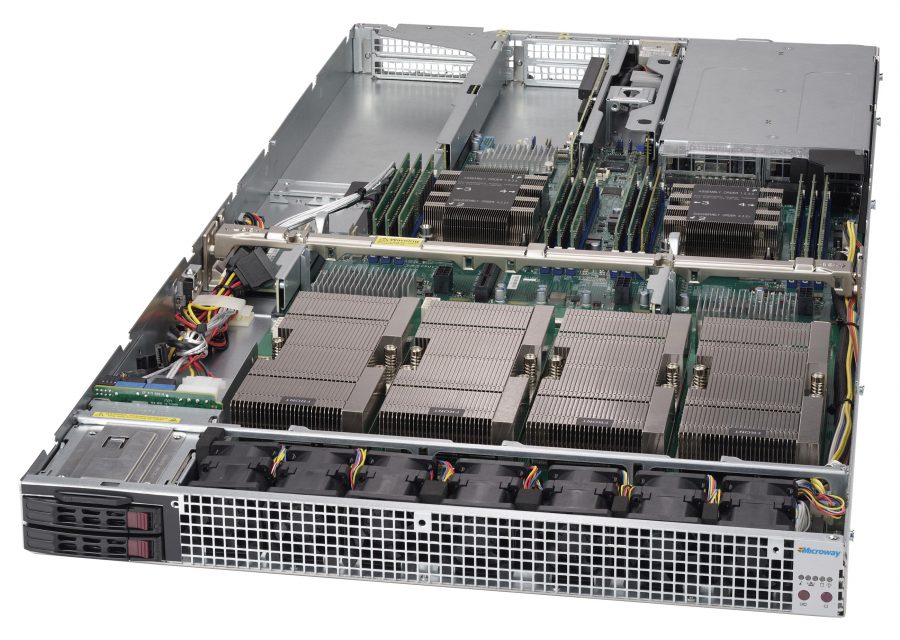 Note: NVIDIA announced an End of Sale Program for NVIDIA Tesla V100 GPUs in Summer 2021. We may still be able to source you these GPUs with long lead times. However, unless you are expanding an existing Tesla V100 deployment, we recommend selecting an NVIDIA A100 or A30 GPU based system such as Navion 2U NVIDIA A100 GPU Server with NVLink or NumberSmasher 1U 4 GPU Server

NumberSmasher 1U Tesla GPU Server NVLink provides two CPUs and four GPUs within a compact 1U rackmount server platform. This system combines some of our highest compute density with leading GPU:GPU bandwidth.

Four NVIDIA® Tesla® V100 GPU are each connected via an 300GB/s NVLink interconnect, resulting in data transfers nearly 10X faster than PCI-Express x16 3.0. This design enables lightning fast GPU:GPU communication between all GPUs. The design packs in over 30 TFLOPS of double-precision performance and 500 TensorTFLOPs of Deep Learning performance.

Benefits of our GPU Server with NVLink

For applications which support execution across multiple GPUs, it is critical that communications between GPUs be efficient. NVIDIA’s NVLink interconnect provides unprecedented performance compared to previous-generation PCI-Express connectivity. As shown in the diagram below, there is full NVLink connectivity between every GPU in the server. Connections are also provided for full-speed GPU-Direct RDMA transfers as part of a GPU-accelerated HPC cluster. 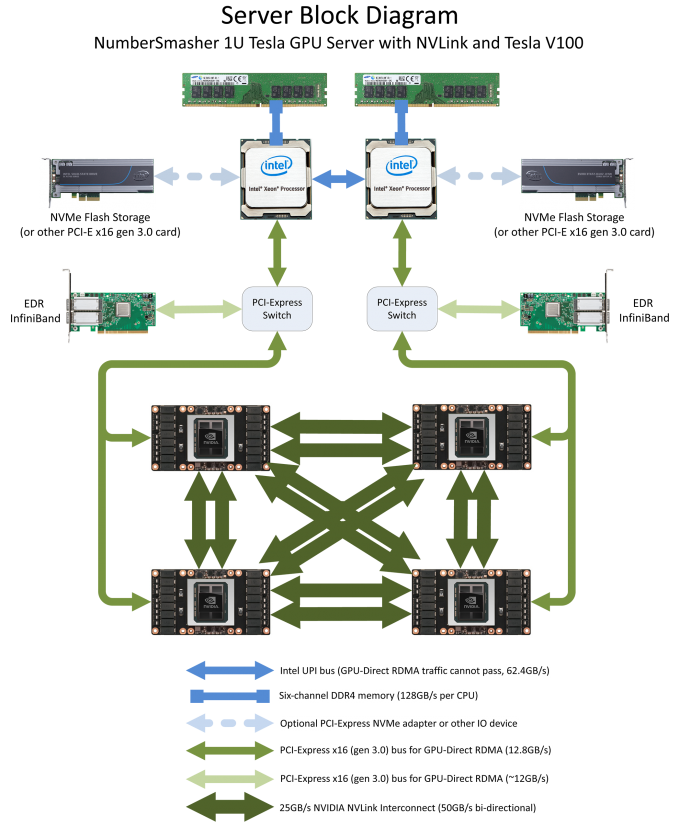 Block diagram of the Numbersmasher 1U GPU server with NVLink

My interests span from astrophysics to bacteriophages; high-performance computers to small spherical magnets. I've been an avid Linux geek (with a focus on HPC) for more than a decade. I work as Microway's Vice President of Strategic Accounts and HPC Initiatives.
View all posts by Eliot Eshelman →
Bookmark the permalink.