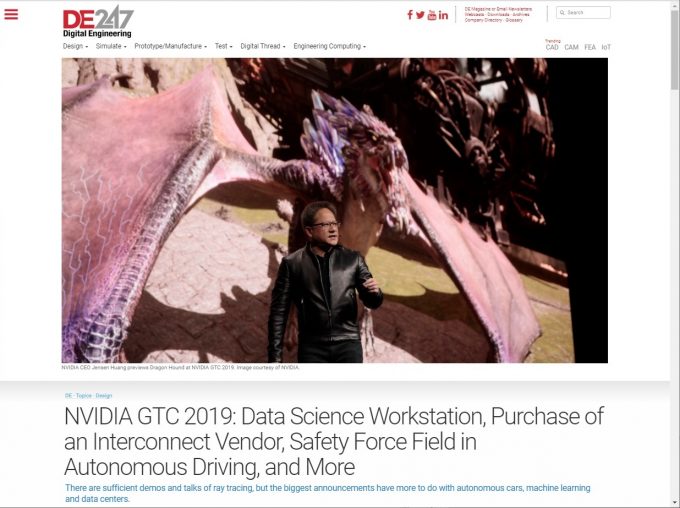 At the one hour mark in the keynote, Huang unveiled the NVIDIA Data Science Workstation, powered by Quadro RTX GPUs and CUDA-X AI, a collection of software acceleration libraries.

Microway, one of the exhibitors at the show, demonstrated its version of the workstation, called the Data Science WhisperStation.

“Our spin on this workstation, is that we do this very quietly,” explained Brett Newman, Microway’s VP or marketing. “We can fit in as many as four RTX GPUs, with each GPU pair connected by NVLink, up to a Terabyte of memory.”

With multiple processors, workstation noise and power consumption could become a serious issue. Microway’s WhisperStations are known for being able to run with minimal noise.