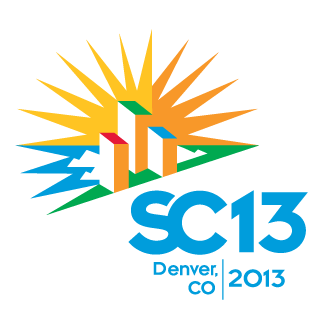 Microway was proud to show off the latest hardware at this year's SC. Featuring systems with both NVIDIA Tesla K40 and Intel Xeon Phi, our WhisperStations caught the eyes (but not the ears) of many attendees. We had a few GPU/accelerator rack servers on display as well.

We also noticed some themes at this year's conference. Coprocessor/GPU acceleration is mainstream, with a lot of interest in the Tesla K40 and the Xeon Phi Starter Kit as well as a growing server platform ecosystem for them. Also, we discovered more hardware found outside of the physical system, with the emergence of GPU accelerator breakout boxes, rCUDA, and PCIe as a fabric.

The final theme that we saw is what we like to call "big HPC." More than just big data, we saw many large scale clusters, a preview of next-generation 100Gb EDR Infiniband from Mellanox, and even a Top 500 computer that Intel had housed in their booth. If you'd like to read more about our thoughts on SC13, be sure to read our blog.

Many exhibits at SC13 honored the 25 year history of the conference and past HPC innovations. In the spirit of this anniversary we present an article about the Microway QuadPuter- 860: an early accelerator with an architecture similar to today's GPUs!

The combined shared and distributed memory architecture of the QuadPuter is described along with the techniques for writing parallel code that have not changed much over these 25 years.

Read the full article and learn how much HPC changes and HPC stays the same. 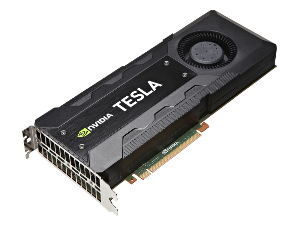 NVIDIA's new Tesla K40 GPU is without a doubt the most powerful GPU available. With almost 3,000 CUDA cores and 12GB GDDR5 memory, it wins in practically every performance test you'll encounter.

Read more about the new NVIDIA Tesla K40 in our latest blog post!

Along with more cores and faster speeds, the Kepler architecture includes new features that require optimization to become fully unlocked. Read Justin Foley's blog post regarding code migration from Fermi to Kepler and be sure to download his whitepaper, Migrating GPU Code From Fermi To Kepler (with examples from QUDA Lattice QCD)

Oak Ridge National Lab has announced their sponsorship of a project which will add OpenACC 2.0 support to the GCC compiler - Mentor Graphics will be performing the bulk of the work. The ORNL Titan supercomputer houses 18,688 NVIDIA Tesla GPUs, which means applications supporting GPUs enjoy impressive performance on the massive cluster.

By integrating the OpenACC programming standard into the open-source GCC compiler suite, Mentor Graphics is providing the first open-source implementation of OpenACC 2.0. Because GCC is the default compiler on most Linux distributions and is readily available on other platforms, including Mac and Windows, this implementation will greatly expand access to the language and facilitate the development and testing of OpenACC applications on smaller systems, such as workstations and clusters.

Microway is proud to announce a special offer for those interested in learning more about parallel computing: The Intel Xeon Phi Starter Kit. This package includes a Xeon Phi Coprocessor (3120A or 5110P), a copy of Intel Parallel Studio XE, and a variety of books and technical resources at a substantial discount. WhisperStation - Xeon Phi and NumberSmasher Xeon Phi server configurations are available, both including the starter kit.

Click here to learn about the starter kit configurations

This blog post contains a number of short pieces on new HPC technology from SC13. Check out some samples below or click here to peruse the whole post yourself.