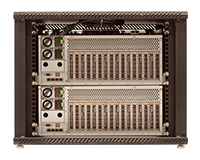 Visit Terri, Brett, Rick, Mike, Steve and Ann in Portland at Booth #434. See our 4U GPU server with 2 Intel Xeon processors and 8 Teslas and other products mentioned above. We all look forward to visiting with you in Portland.