Report from the NVIDIA GPU Technology Conference (GTC)
Greetings from NVIDIA's GTC 10! While the last year in NVIDIA GPU computing was about Tesla Fermi and hardware, this year will prove to be about software. NVIDIA has made a number of exciting announcements:
View a recording of NVIDIA's keynote presentation here.
Thank you to all the customers who are stopping by our booth. We're looking forward to seeing more of you throughout the GTC event - visit us at Booth #105, and at Booth #4113 at SC10 in New Orleans.
Also, stop by our booth to see a preview of Microway's OpenCL IDE (CLIDE). CLIDE empowers users to easily develop, test, and deploy OpenCL kernels.
-- from Brett Newman at NVIDIA GTC 10
Latest Microway GPU Offerings 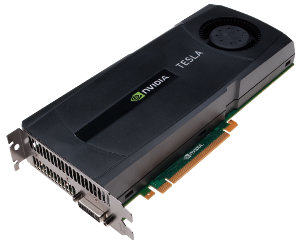 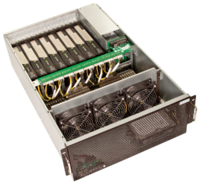 Maximum Performance and Reliability
Intel Xeon 7500-series Processors (formerly "Nehalem-EX") Designed for 4-Way SMP Servers:
Contact us for a quote on these configurations; all are available with GPU compute processors.
Accelerate your research!
Take advantage of our expertise: we recommend the most effective compute solutions, help you plan a painless installation, and deliver fully-tested/fully-integrated clusters, servers and workstations.


To opt out of future e-mail from Microway, please click here