Read on for more information about the new NVIDIA Kepler architecture and GPUs, new 4P Xeon product, and reports from SIGGRAPH and NVIDIA GTC 2012.
SIGGRAPH 2012 Overview and Highlights

Tesla K20 details, likely shipping Q4 2012/Q1 2013:
NVIDIA has not released final specifications on the Tesla K20, however the following information was made public at or before SIGGRAPH this month:

Register for time on the test cluster at our sign-up page today, and learn how a Microway GPU cluster can accelerate your application. 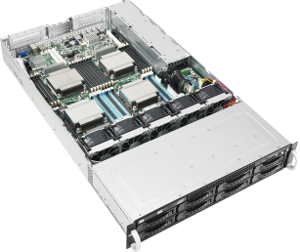 Scale your HPC codes with up to 32 Xeon Cores and 1TB memory in a single NumberSmasher Quadputer. One Quadputer can replace an entire aging cluster while providing higher performance and much lower operating costs. 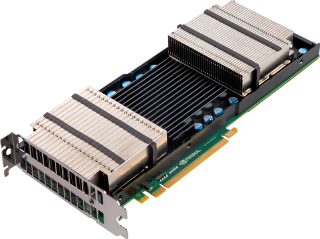 Compute performance has been exponentially increasing for the entirety of your life - it doesn't matter what your age is. At NVIDIA's GTC 2012 conference, we saw that GPUs are still at the leading edge of HPC. The new NVIDIA "Kepler" K10 (GK104 architecture) and K20 (GK110 architecture) GPU Accelerators will be offering 4.58 TFLOPS single-precision and over 1 TFLOPS double-precision, respectively.

In the "Inside Kepler" session Lars Nyland, from NVIDIA's architecture group, and Stephen Jones, from the NVIDIA CUDA group, dove into the improved architecture and programmability of the GK110 GPU.