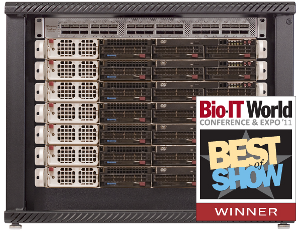 We're pleased to announce that the BioStack-LS, our modular, extendable managed Tesla GPU cluster, was named the winner of the IT Hardware and Infrastructure category. Even with tough competition from the likes of SGI and Isilon our winning combination of Microway hardware and technical expertise, NVIDIA GPUs, and easy-to-use Bright Cluster Manager software was extraordinarily compelling to the expert judges. The award-winning cluster included:
See A Video Interview with BioIT World on the Award 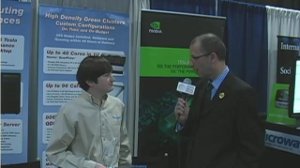 Attendees: at any given time, we have at least one WhisperStation with 2 or 4 Tesla GPUs installed available at our Plymouth, MA facility for remote login. See Eliot Eshelman or Mike Fried at the meeting for more information.
Did You Know About GPU Direct?

NVIDIA and Mellanox have partnered to optimize GPU compute performance. NVIDIA GPUDirect technology allows a cluster of GPUs to communicate across high-performance InfiniBand links without creating buffer copies of the data. (Video) 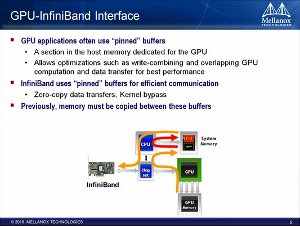 Mellanox announced SwitchX, a protocol-independent ASIC for InfiniBand, 10G/40G Ethernet and Fibre Channel. It will support the new FDR (56Gb/sec) InfiniBand standard. With up to 4Tb/s low-latency switching capacity, SwitchX will power the next generation of HPC clusters. Prototype availability immediately with a general release later this year. See more information with this release

To opt out of future e-mail from Microway, please click here.