Articles > Detailed Specifications of the Intel Xeon E5-2600v3 “Haswell-EP” Processors
This article provides in-depth discussion and analysis of the 22nm Xeon E5-2600v3 series processors (formerly codenamed “Haswell-EP”). “Haswell” processors replace the previous 22nm “Ivy Bridge” microarchitecture and are available for sale as of September 8, 2014. Note: these have since been superceded by Xeon E5-2600v4 Broadwell-EP Processors.

The Xeon E5-2600v3 processors introduce the highest performance available to date in a socketed CPU. For the first time, a single CPU is capable of more than half a TeraFLOPS (500 GFLOPS). This is made possible through the use of AVX2 with FMA3 instructions. The plot below compares the peak performance of these CPUs with and without FMA instructions: 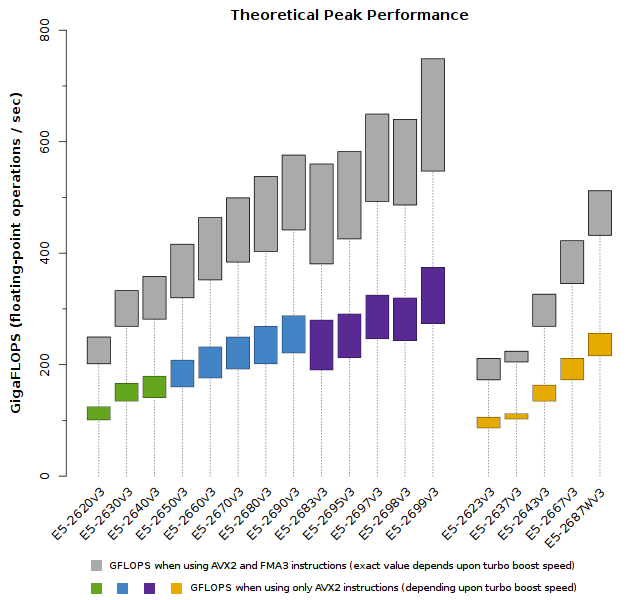 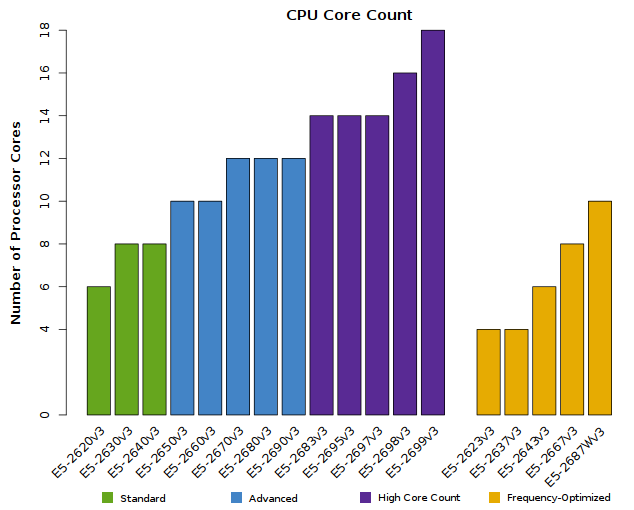 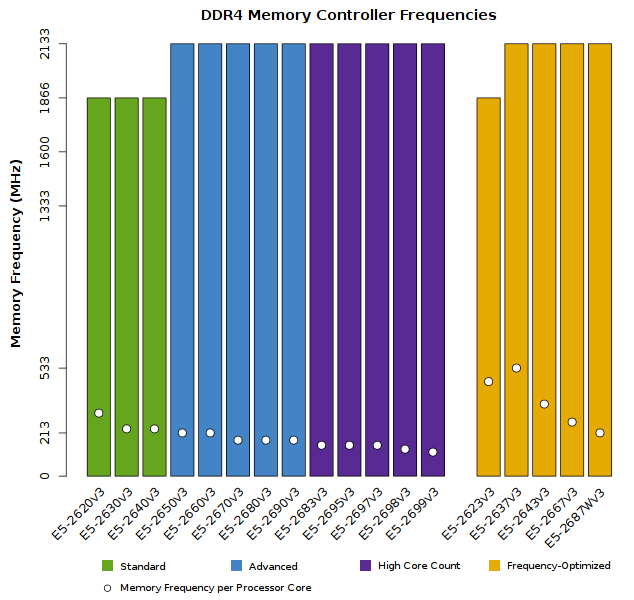 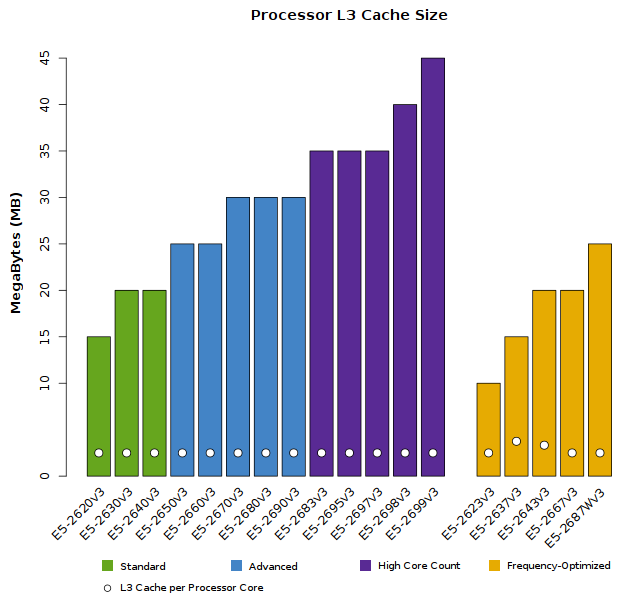 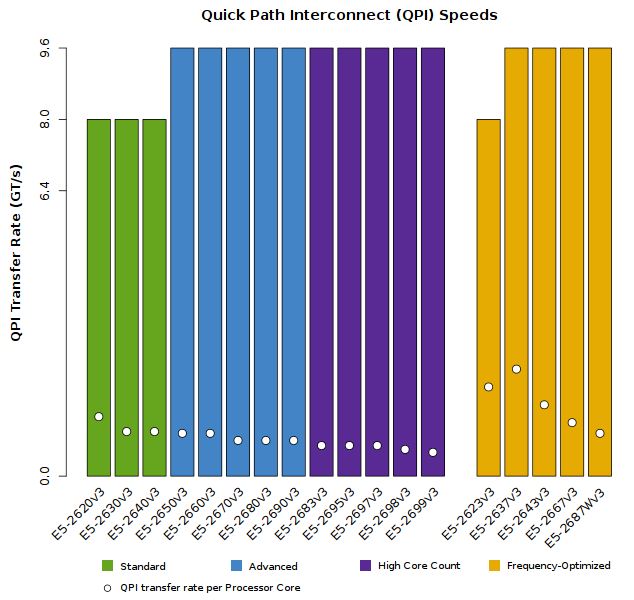 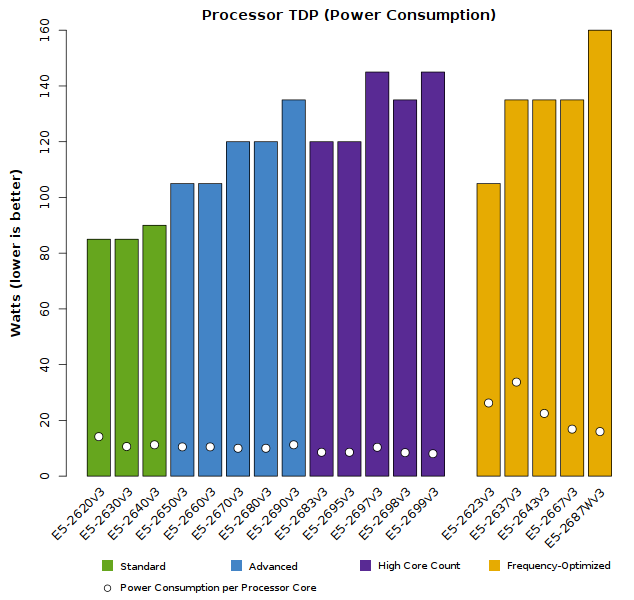 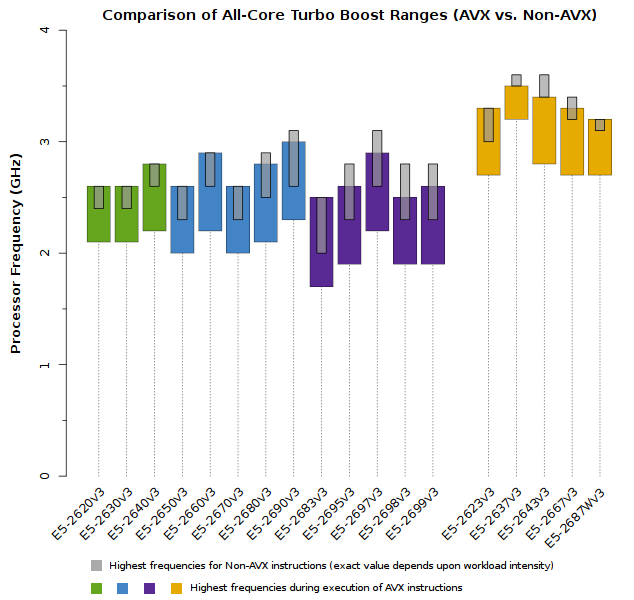 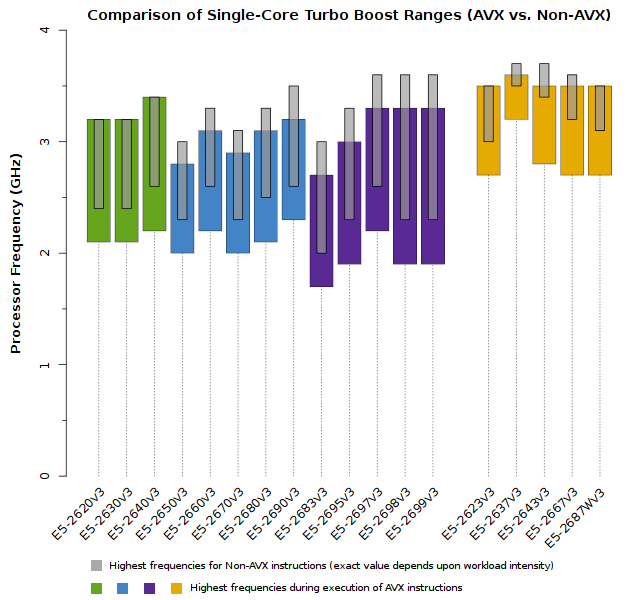 When workloads leave some CPU cores idle, the Xeon E5-2600v3 processors are able to use that headroom to increase the clock speed of the cores which are performing work. Just as with other Turbo Boost scenarios, the precise speed increase will depend upon the CPU model. It will also depend upon how many CPU cores are active. 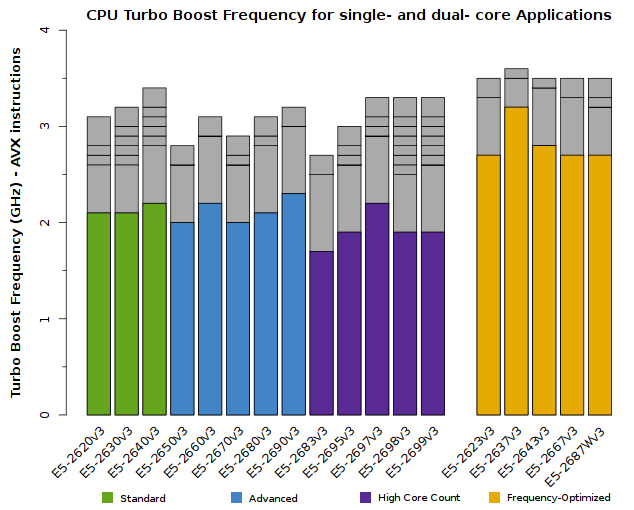 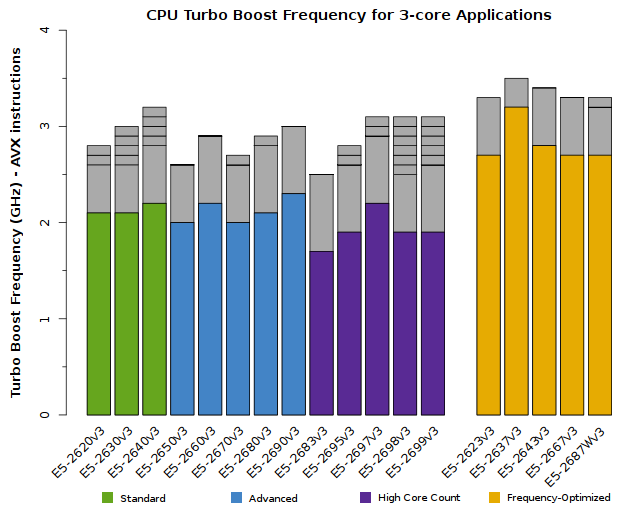 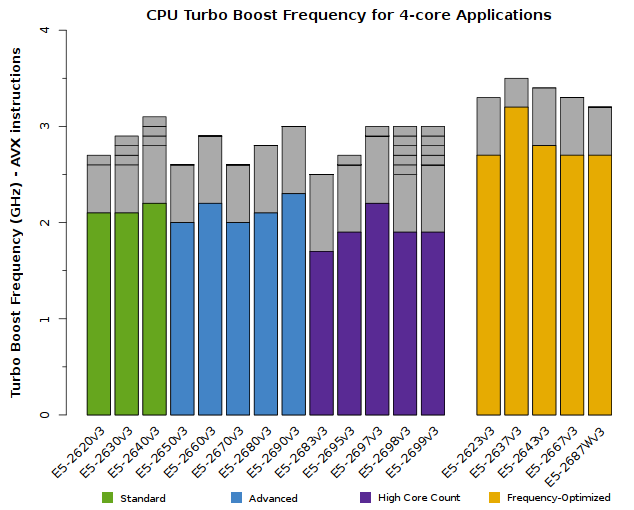 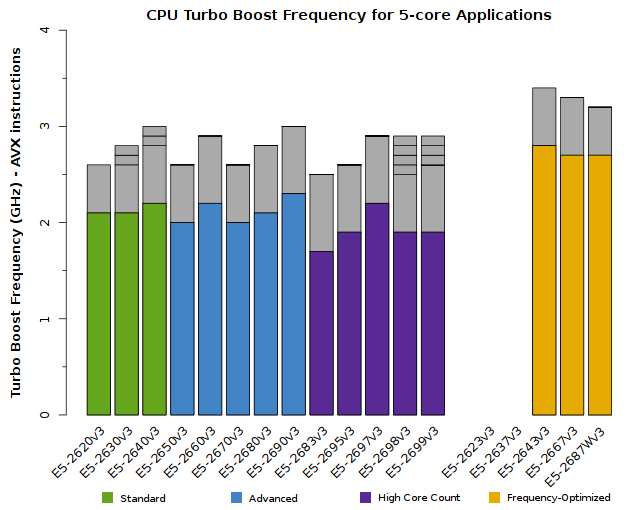 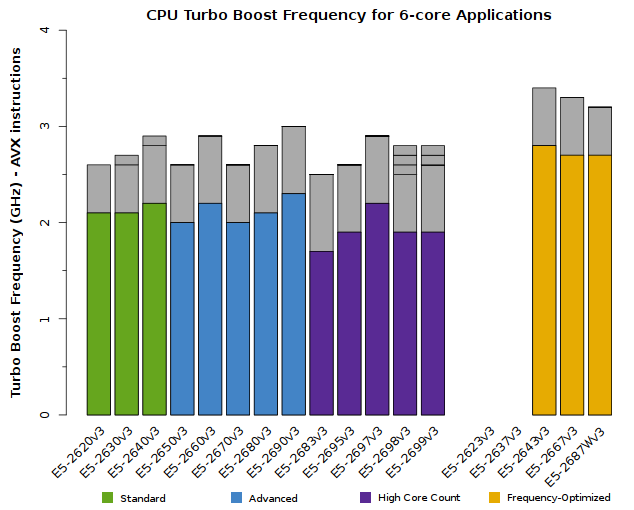 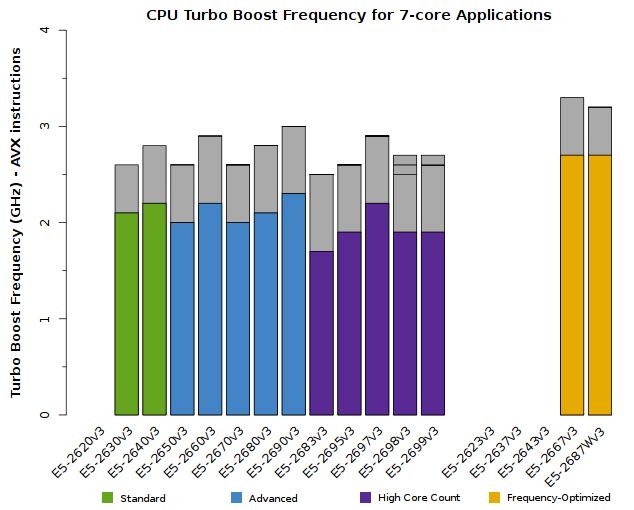 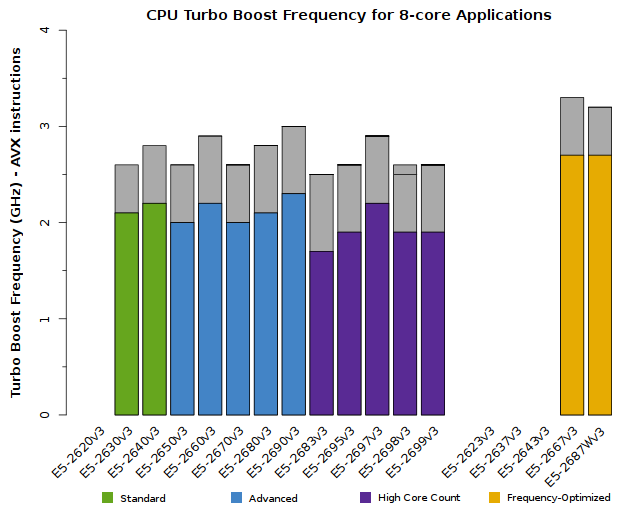 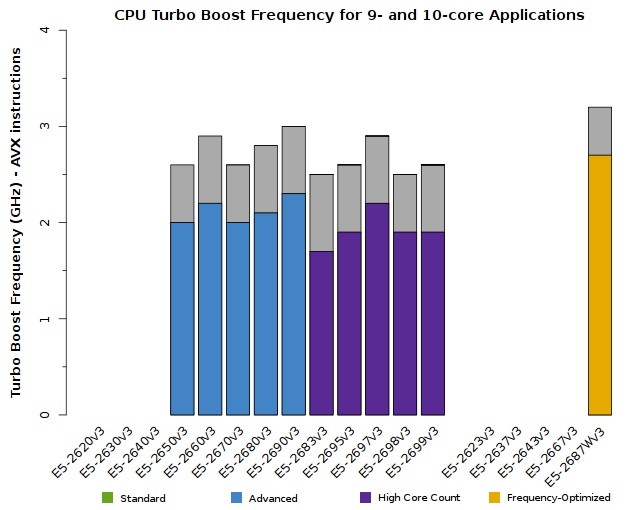 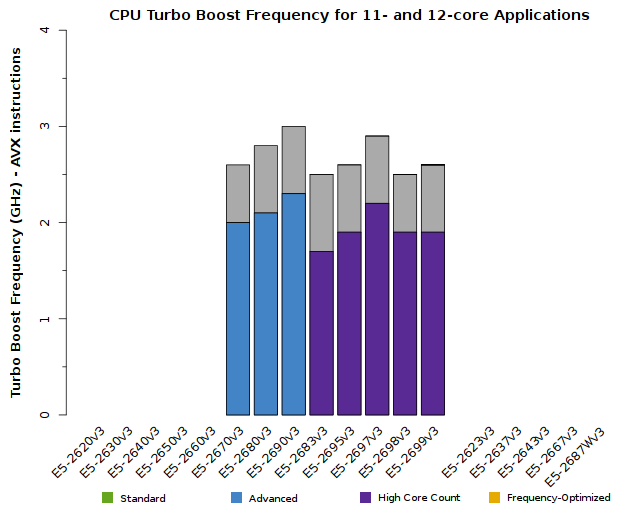 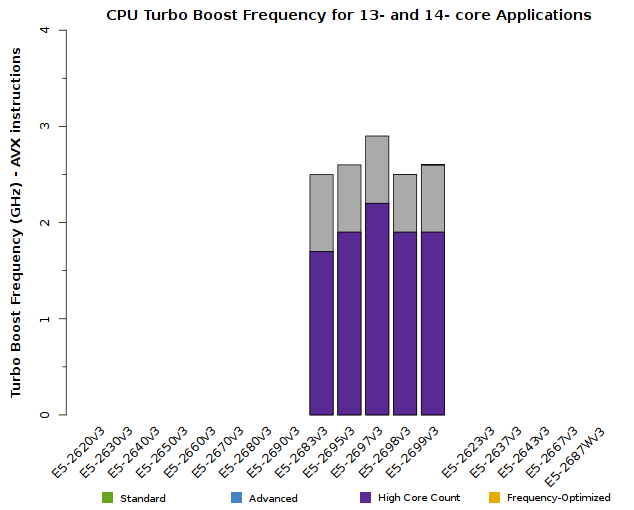 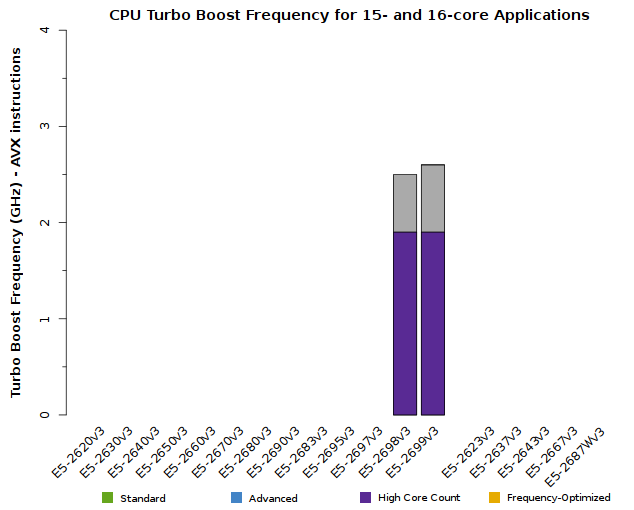 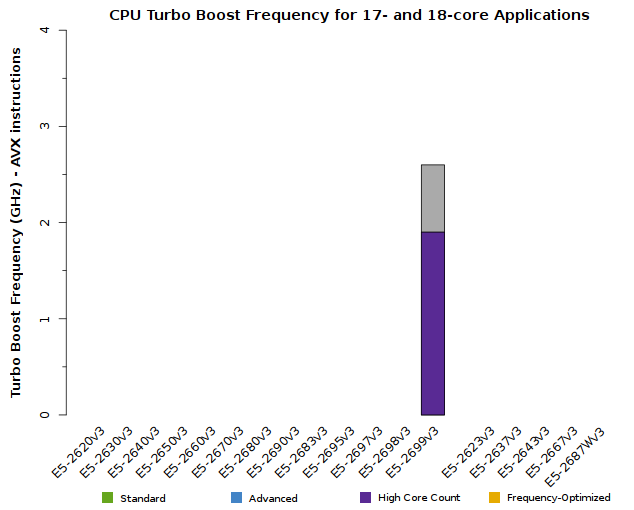 The “Haswell-EP” processors have nearly the same price structure and power requirements as earlier Xeon E5-2600 products, so their cost-effectiveness and power-efficiency should be quite attractive to HPC users. Savvy readers may find the following facts useful: 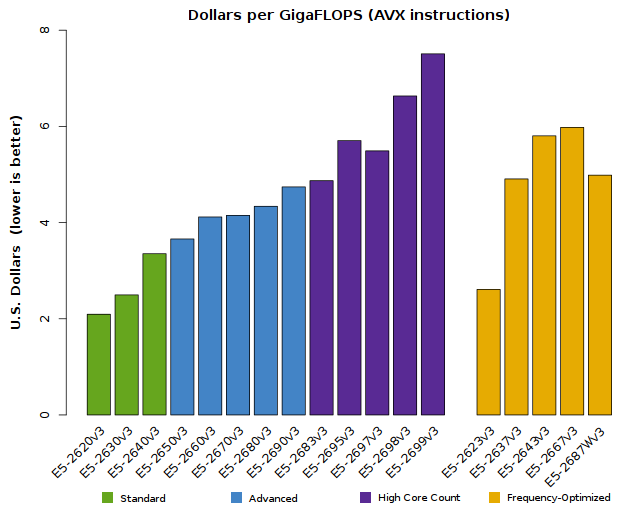 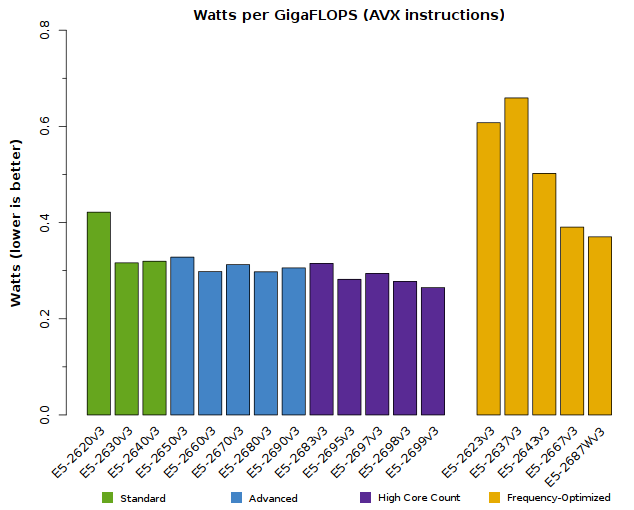 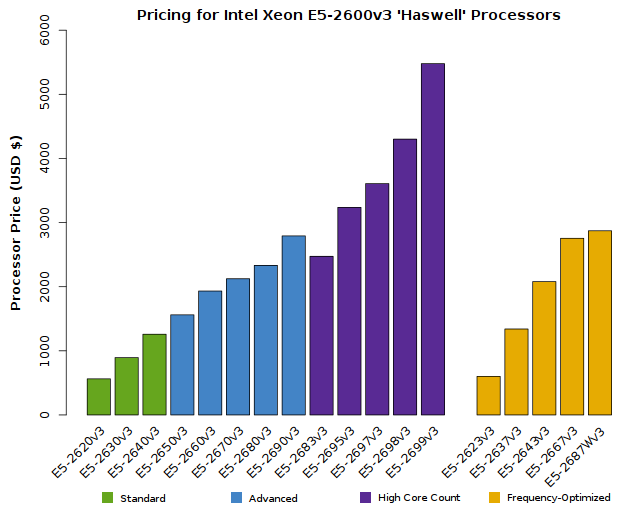